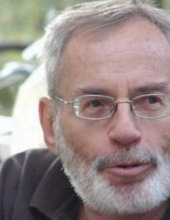 The Department of Environmental Economics and Management

The Robert H. Smith Faculty
of Agriculture, Food and Environment
The Hebrew University of Jerusalem

b. Non-academic
2010    Member, Board of Directors, The Corporation for the Development of Rehovot.
2009    Prepared a survey of Israel's Water Economy for the Commission of Inquiry on Israel's Water Economy
2006-present    Consultant with Sadan-Lowental, Inc..
8/06-2/07    Chair, Committee on the Evaluation of Financial Assets of Holocaust Victims, appointed by the Minister of Justice (statutory).
9/97-2/99    Member, Commission on National Defense Spending, appointed by Director General of the Ministry of defense.
Spring 1997    Appointed by Israel's Ministry of Agriculture to Recommend Changes in the Institutional Setup of Israel's Avocado Exports
10/94-10/97    Chief lecturer and tutor, Koret Project for Policy Interns (a program of consultants to members of the Knesset, the Israeli legislature).
1991 - 2003    Consultant with the Economic Adviser Department of the Ministry of Defense of Israel
1990    Member of the Commission for the Implementation of Justice Netanyahu Reform Recommendations for Israel's Health System
1980    Appointed by a subcommittee of the Israeli Legislature to submit a plan for the reorganization of Israel's flower export system
1979 - 1981    Consulted with Israel's Ministry of Defense on the construction of two military airfields in connection with the Camp David Peace Agreement
Winter, 1977    Consultant with the World Bank on a study of subsidies in Mexico
Fall, 1974    Participated in the planning of, and teaching in a course for senior agricultural ministry officials in Iran
Spring, 1970    Prepared a feasibility study on a citrus plantation project in Madagascar, for the Department of International Cooperation, Ministry of Agriculture, Israel
Spring, 1969    Consulted with Tahal Co. in connection with its development project in Quasvin, Iran.
Additional Occupation
1982 - 1985    1. Member, Securities Authority, State of Israel.
2. Member, Board of Directors, Israel Chemicals
Teaching Experience
Micro and macroeconomics at the introductory, intermediate and advanced levels; economics of uncertainty; mathematical programming; theory of investment; money and banking; operations research; econometrics at the introductory level; the economy of Israel.
Honors
1965    Member, Gamma Sigma Delta
1974    The Biannual Oded Levine Prize awarded by the Opaerations Research Society of Israel
1998    Koret Foundation First Prize for best paper on Israel's economy.
Journalistic Activities
Published articles in all of Israel's major newspapers; wrote regularly for Globes, Israel's leading business paper. Had weekly talk spots on both of Israel's public radio networks.