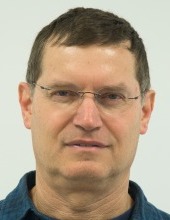 The Department of Environmental Economics and Management

The Robert H. Smith Faculty
of Agriculture, Food and Environment
The Hebrew University of Jerusalem

These changes have important implications for food supply, food prices and economic well-being in rural areas. The interaction of the family as a social institution and the farm as a business makes the analysis of structural changes more challenging. Specific research topics include farm growth and survival, non-farm and off-farm employment, crop choices and land allocation, intergenerational succession, production efficiency, and rural well-being.

Despite a strong labor market, Israel is one of the most unequal countries in the developed world. Is it because of the labor supply behavior of different population groups, the way wages are determined, the dual structure of the labor market, or a disfunctioning education system? These questions are studied empirically using combinations of survey data and administrative data. Specific research topics include inequality decompositions across population groups and over time, and comparisons of wage distributions according to gender, location and ethnicity dimensions.

With increasing life expectancy and declining fertility, the population in developed countries in becoming older. Israel follows this trajectory as well. Changes in retirement behavior are observed as a result, driven in part by policy changes such as the formal retirement age and old-age allowances, and in part by the willingness of many to work longer. The pension system has undergone significant changes in recent years, making it mandatory to save for retirement on one hand, but on the other hand leading to insufficient pension allowances. Specific research topics include the impacts of the increase in retirement age on the labor supply, income and consumption of the older population and the changes in inequality within this population, and the interactions between these outcomes and health.